Bring your blanket and chairs to the perfect spot to listen to the lineup of local and out of town bands, or purchase tickets to the VIP tent, which includes a full dinner, bar and covered seating areas.

If you're in the mood for a quick bite, check out the food truck court and finish off your feast with a beer from the Beer Garden, featuring Lake Tribe.

Join in the field games such as giant Jenga or corn hole, stroll through the gardens, visit the Gypsy Belle Photo Bus. Whatever activities you participate in, it will be a memorable event at Field Day raising money and awareness for the Judy Field Memorial Foundation fighting pancreatic cancer in Tallahassee and beyond!

Field Day has a zero-tolerance policy for all illegal activities. Drug use is ABSOLUTELY PROHIBITED and all city and state laws will be enforced inside the festival. Underage drinking will not be tolerated. You must be 21 or older to drink alcohol.

Children 12 and under are FREE. Youth under 16 years old are required to be accompanied by a ticketed adult.

All VIP Guests must have a ticket to enter, including children.

Thank you to Rhett Spengler for capturing photos from 2022: 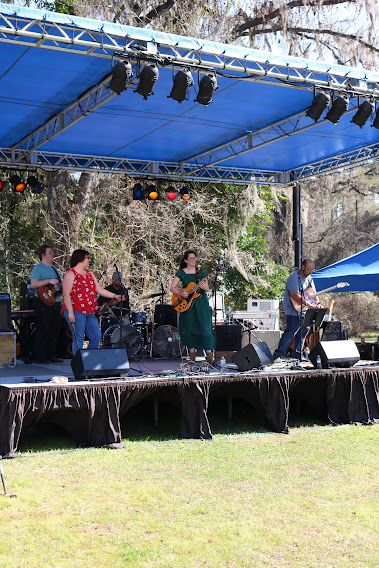 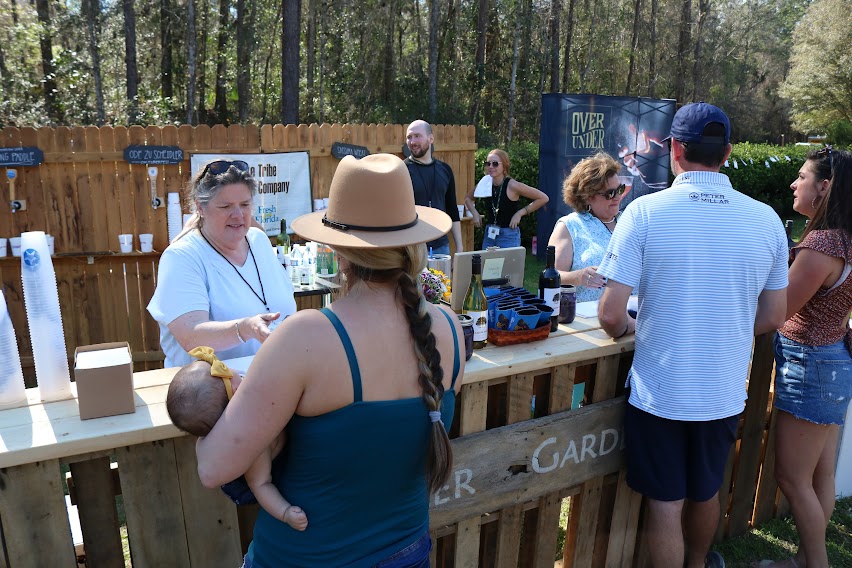 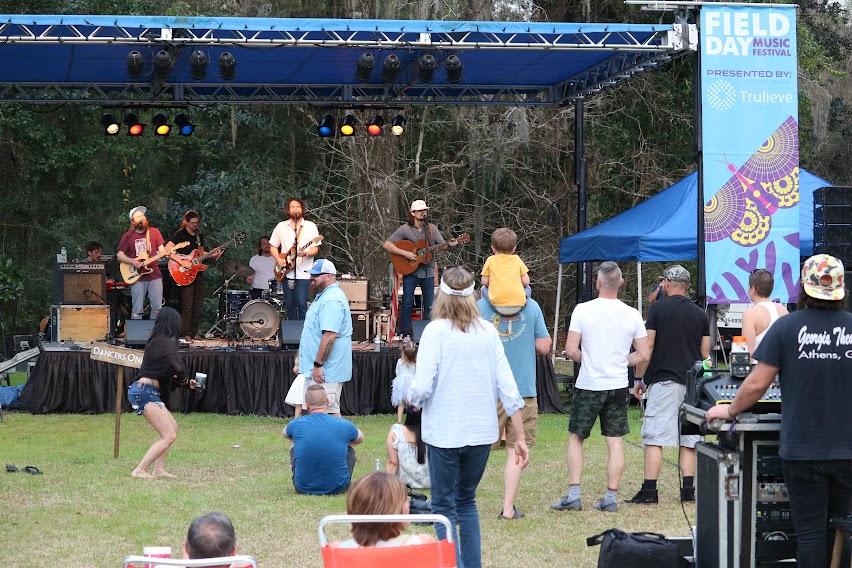 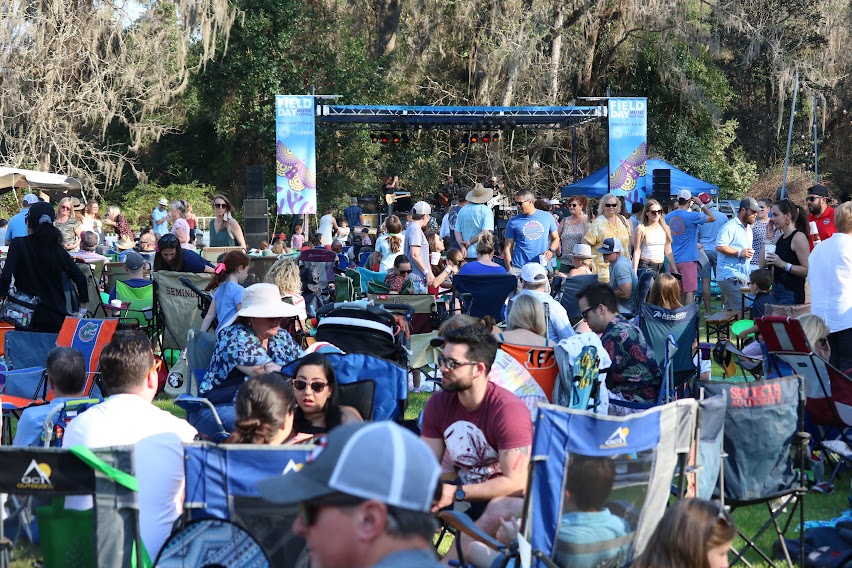 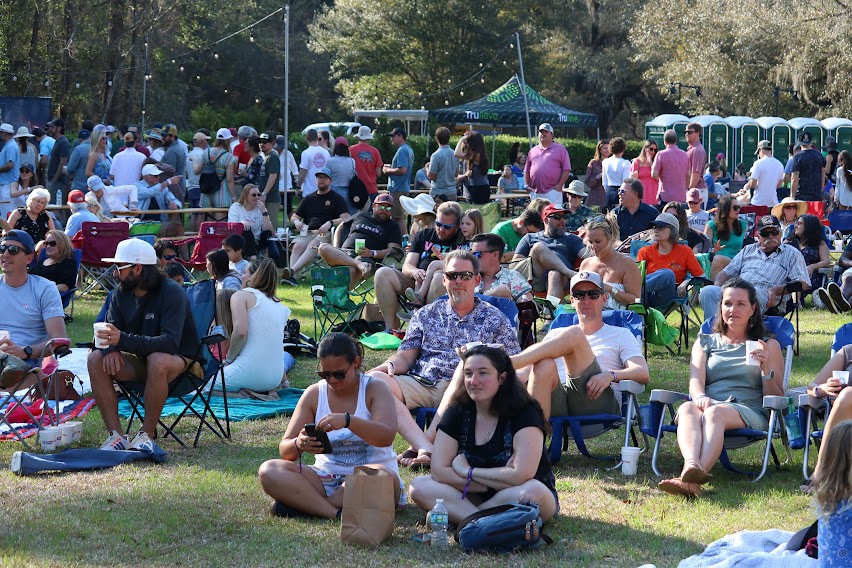 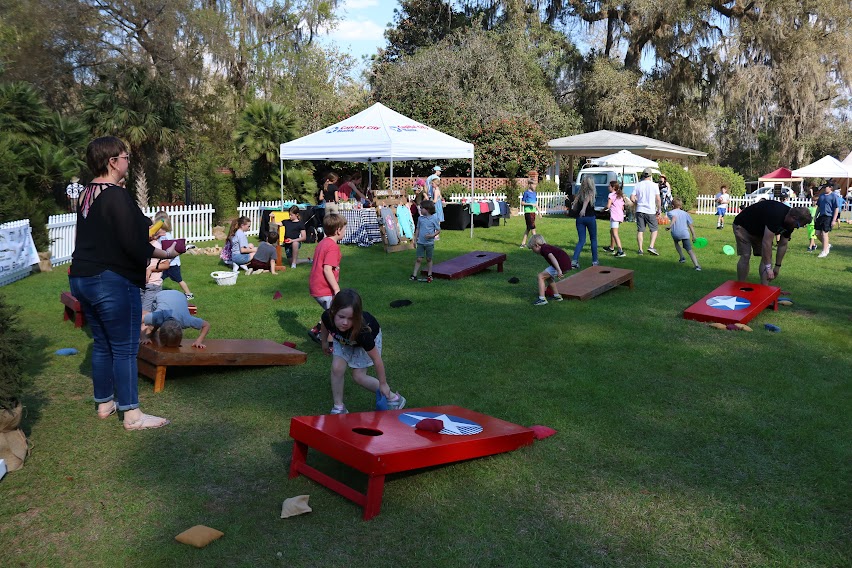 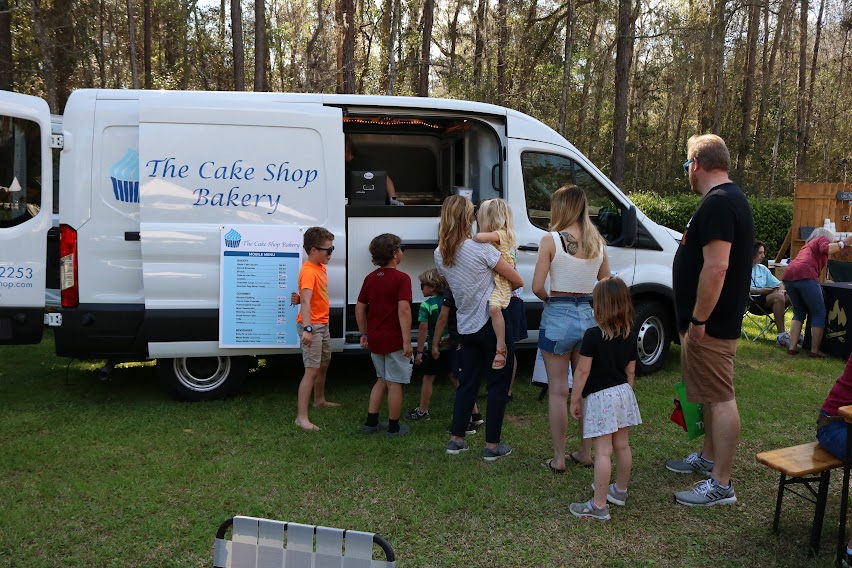 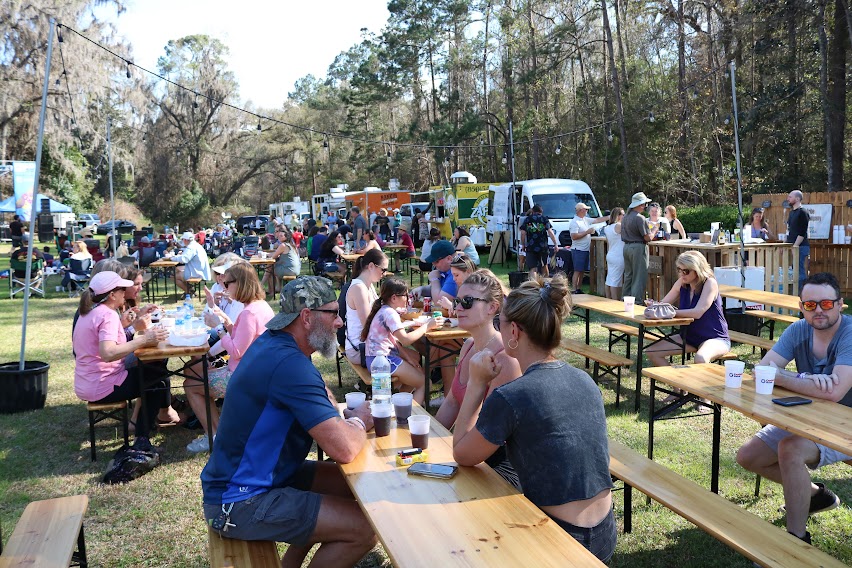 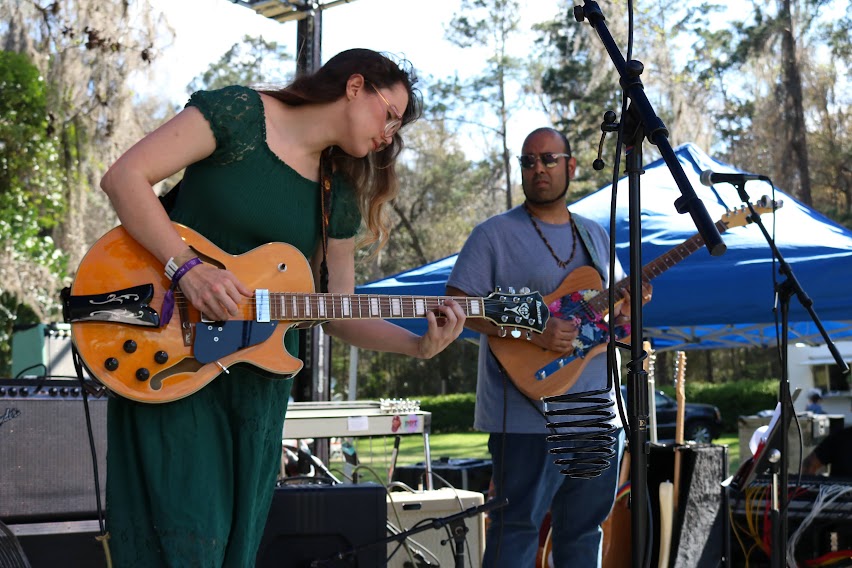 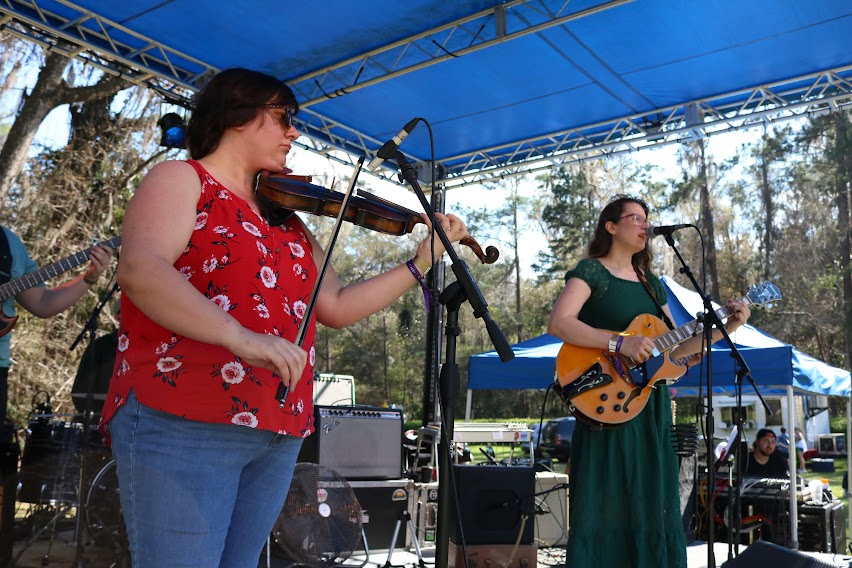 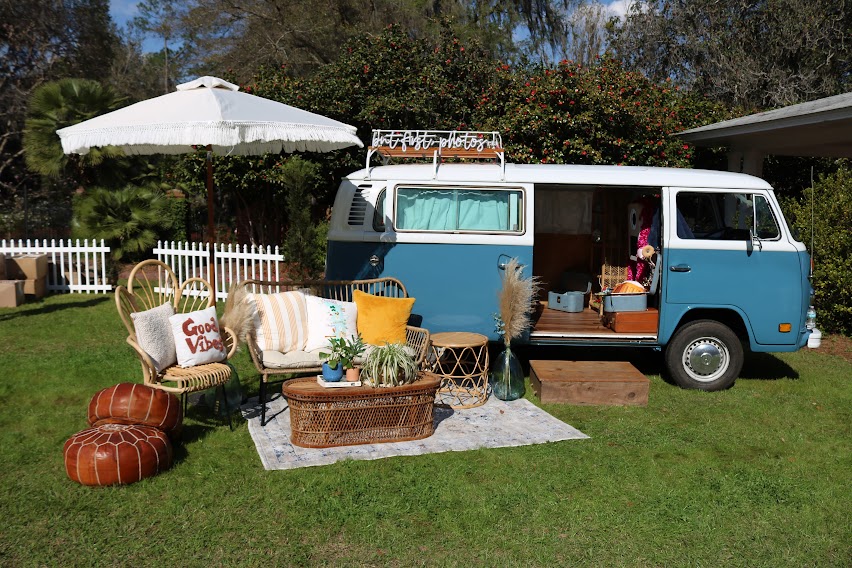 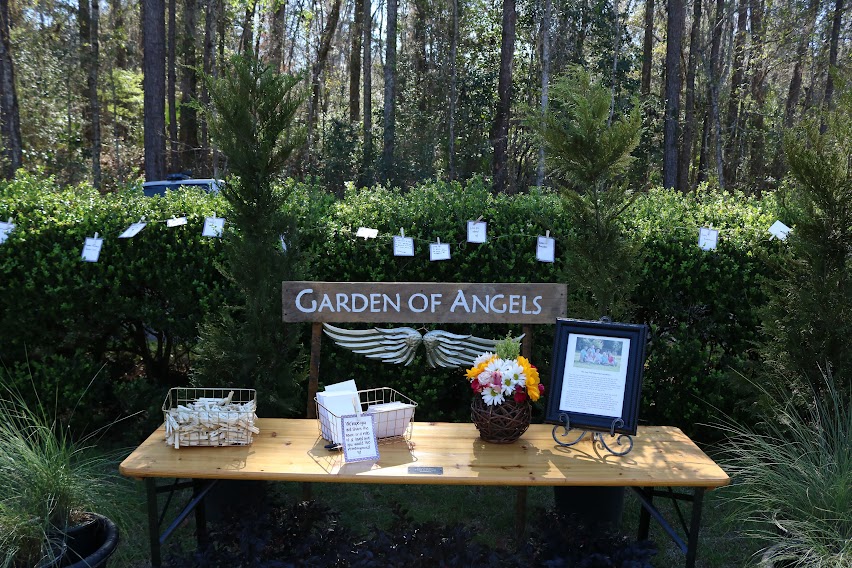 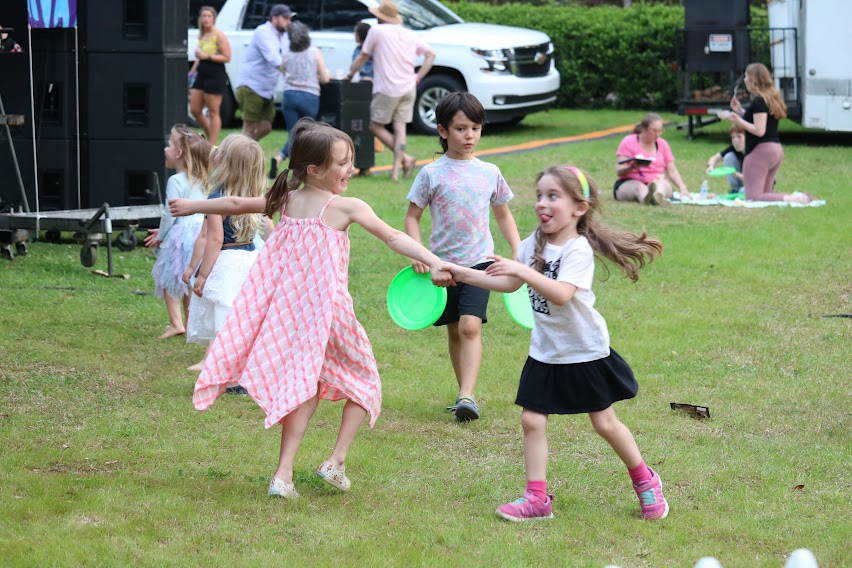 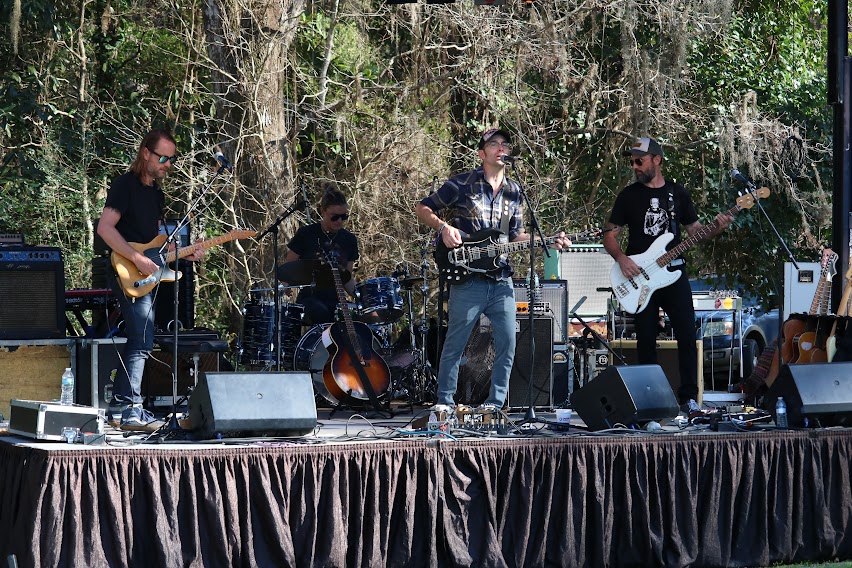 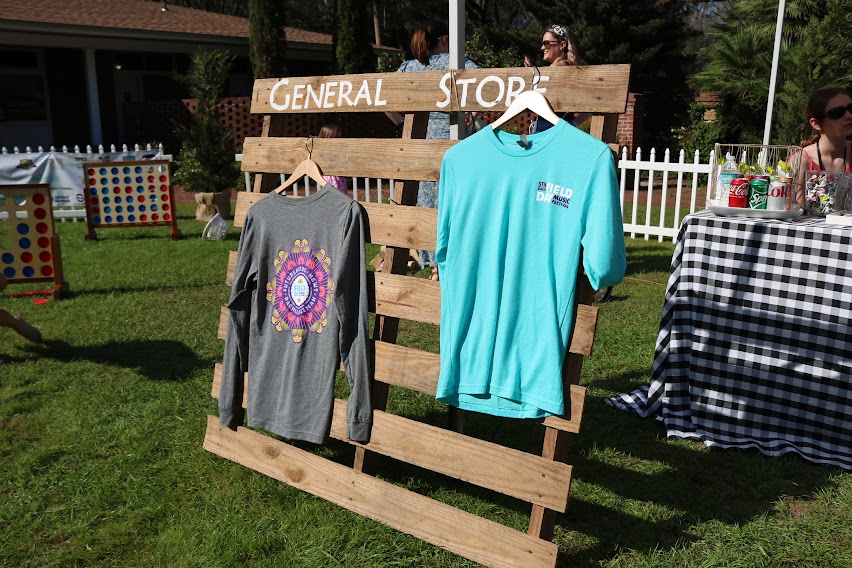 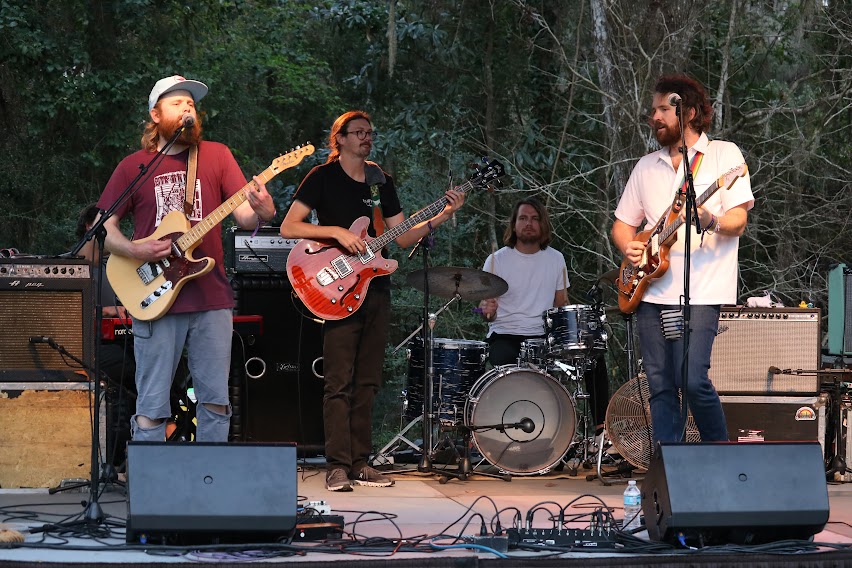 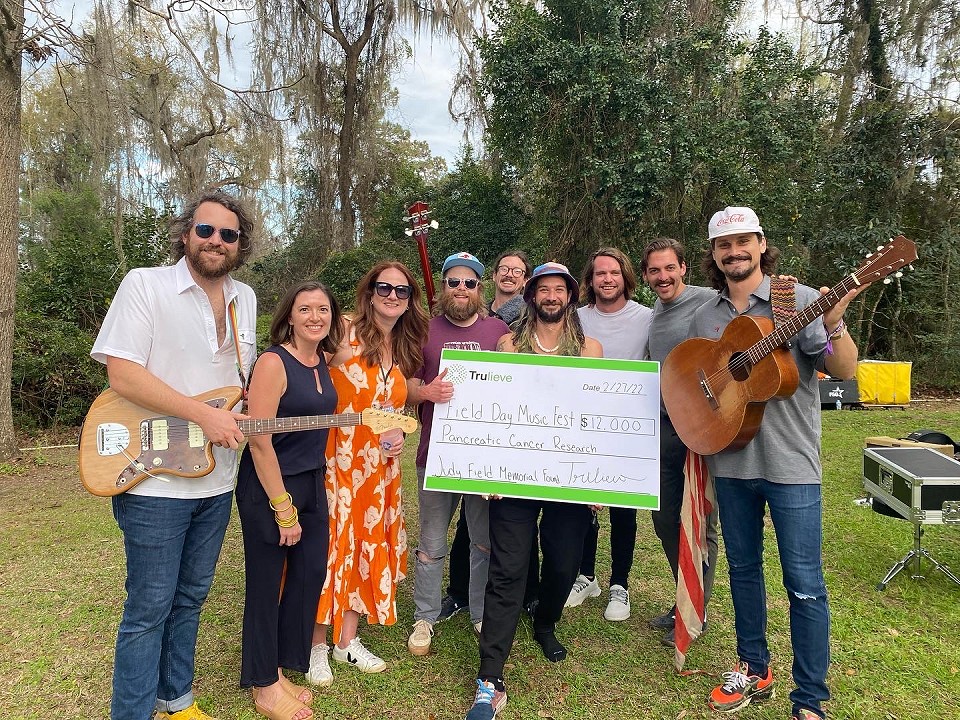 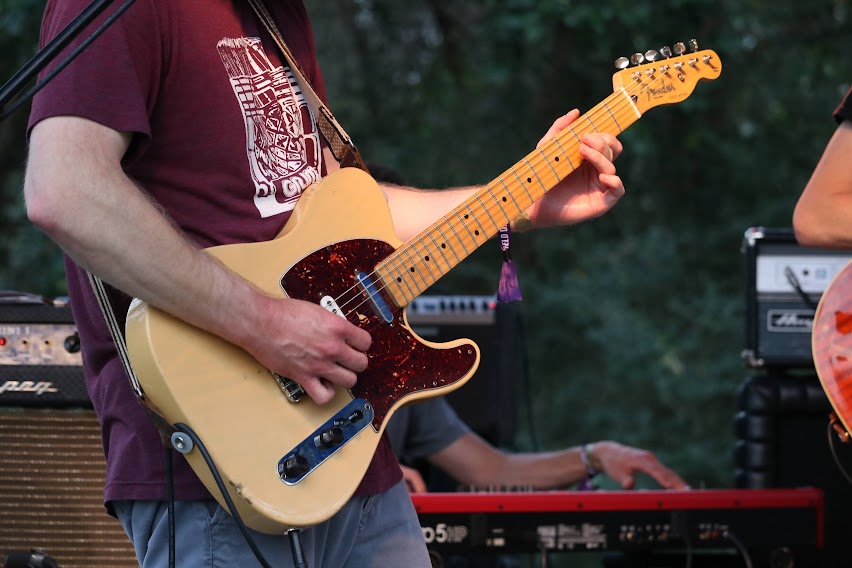 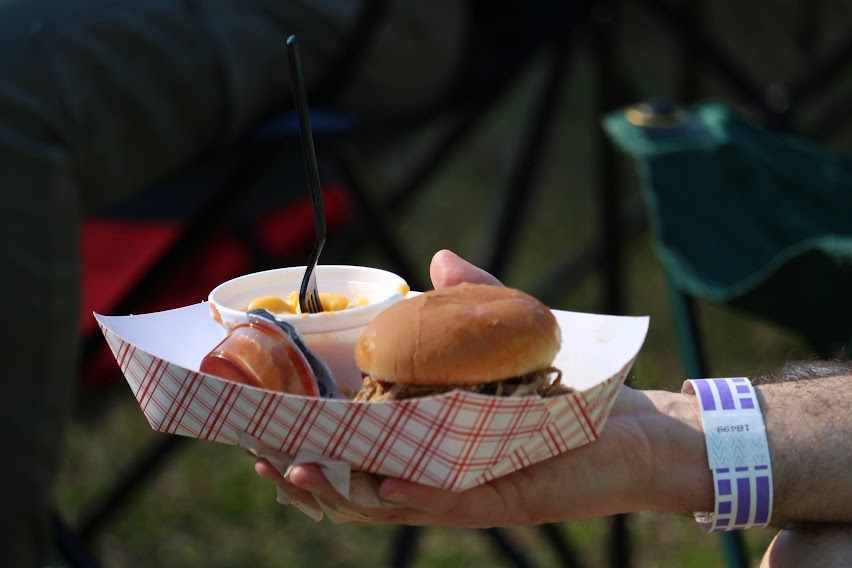 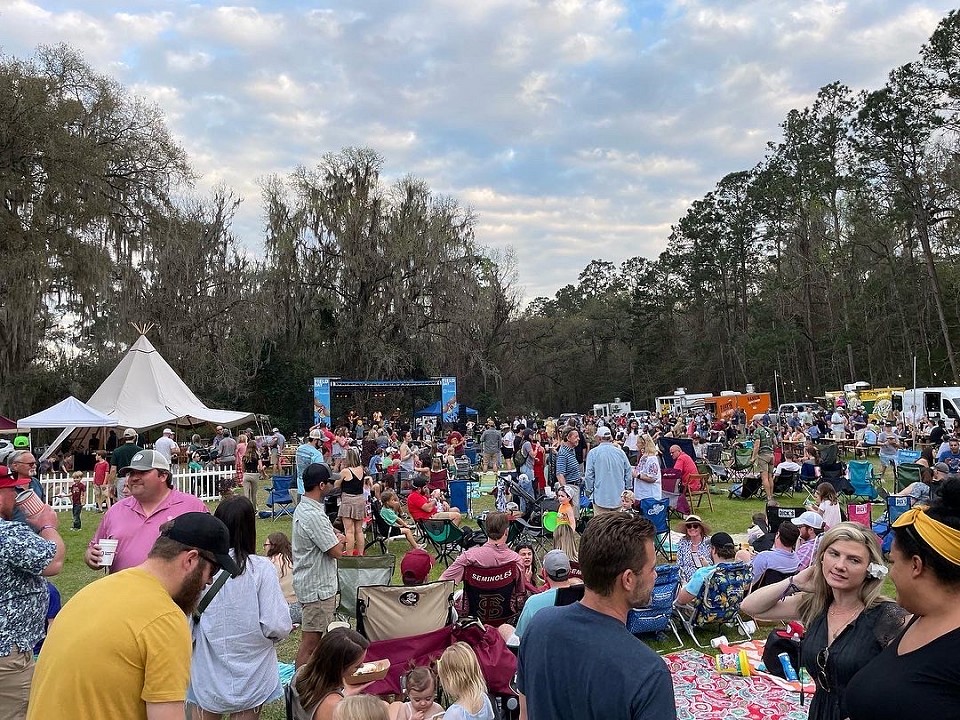 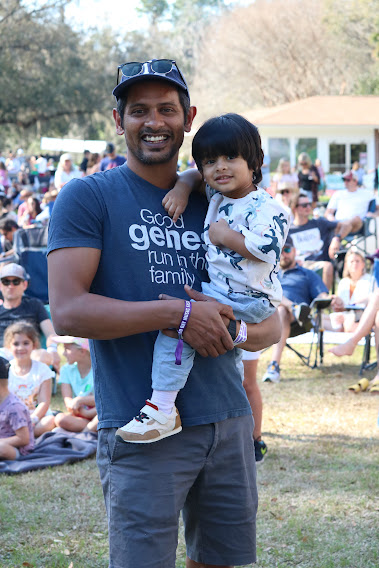 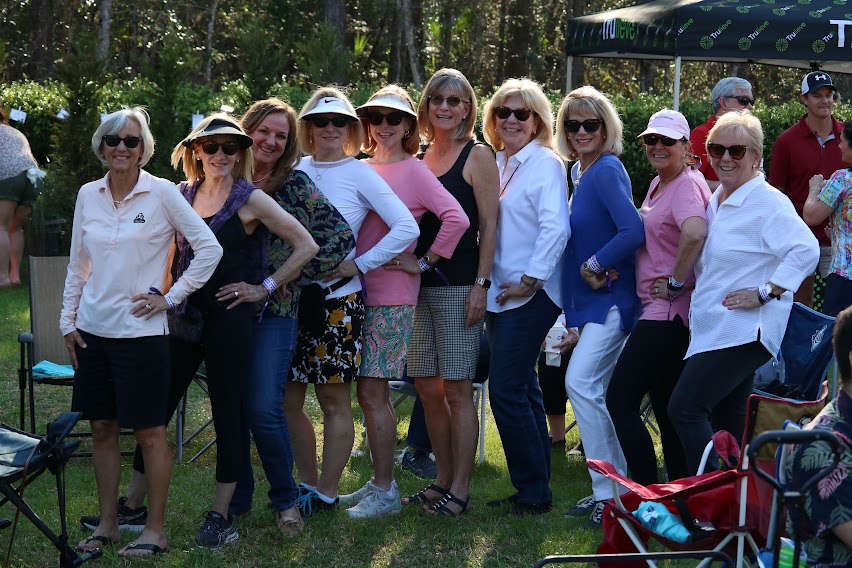 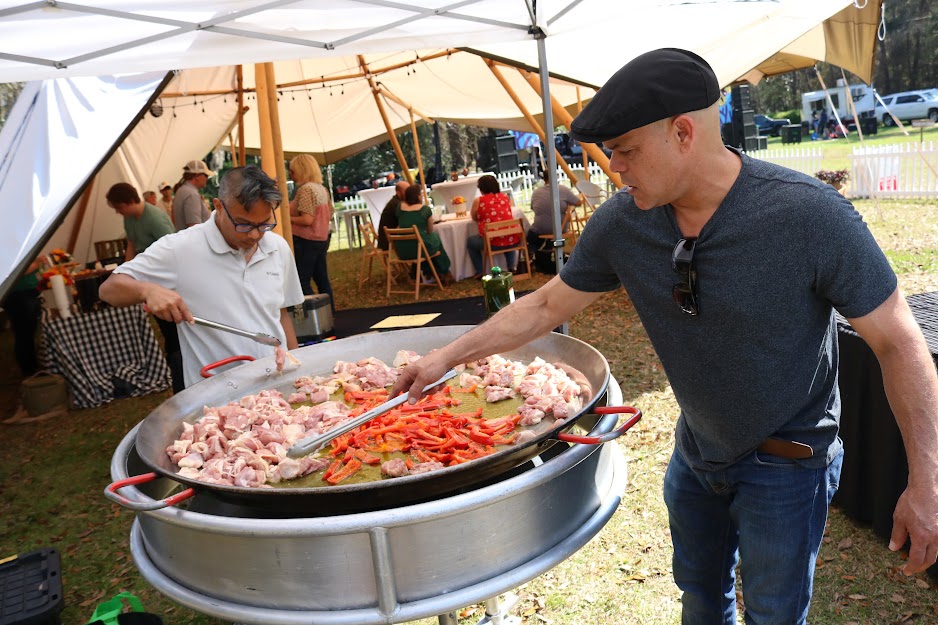 Raw, soulful, and with plenty of swagger, Town Mountain has earned raves for their hard-driving sound, their in-house songwriting and the honky-tonk edge that permeates their exhilarating live performances, whether in a packed club or at a sold-out festival. The hearty base of Town Mountain's music is the first and second generation of bluegrass spiced with country, old school rock ‘n’ roll, and boogie-woogie. It's what else goes into the mix that brings it all to life both on stage and on record and reflects the group's wide-ranging influences – from the Grateful Dead's Jerry Garcia and the ethereal lyrics of Robert Hunter, to the honest, vintage country of Willie, Waylon, and Merle.

The Rolling Stone says “Call it an evolution or a revolution but its clear that Town Mountain is at the forefront.” Town Mountain features guitarist and vocalist Robert Greer, banjoist Jesse Langlais, mandolinist Phil Barker, fiddler Bobby Britt, and Zach Smith on bass. Town Mountain's latest album New Freedom Blues (October 2018) is their second consecutive album to debut in the top 10 on the Billboard Bluegrass Chart, and receive multiple mentions by Rolling Stone, No Depression, Music Mecca, and more. Full of new material and featuring several guest artists including Tyler Childers and Miles Miller (Sturgill Simpson, drummer), they prove they have staying power by regularly cranking out authentic hit albums. The impression the band has made on fans is clear through their engagement at top tier festival appearances, and those sweet Spotify streams (30+ million). And if you still can’t get enough of this hard working group, you can look forward to new music in 2022. 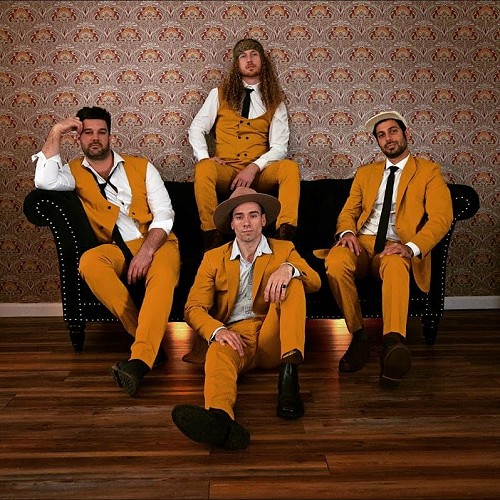 Since their debut album "No Sleep" in 2016, the deep pocket power trio has evolved into the funky quartet they are known as today.  The Hounds are known for their heavy hitting yet soulful rendition of the blues, but their funk, rock and pop influences radiate throughout their catalog.

A Honey Hounds live show is nothing less than controlled chaos; ranging from soulful ballads to dark disco dance parties, fuzzy riff rock and head banging synth lines to pop sing-alongs and everything in between.  All the while, orchestrating a vibe that is uniquely their own.

Currently releasing singles from their upcoming third studio album, the group is staying busy between the studio and touring North America.

"It's blues with a touch of funkadelic righteousness and pop sensibility!" 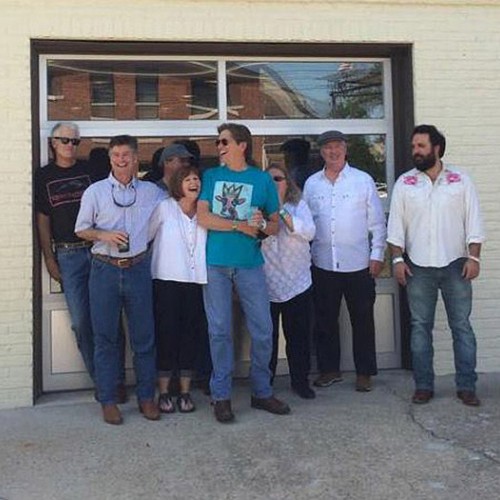 Combining a surprising blend of truly original music and a uniquely eclectic selection of covers, the Fried Turkeys will have you dripping in greasy, hippy, roots-country music. Soulful pedal steel, soaring vocal harmonies, a thumping rhythm section, Dixieland piano lines, and a wooden Americana sound will have you tapping your feet and singing along. The grease is ready. Drop the bird. 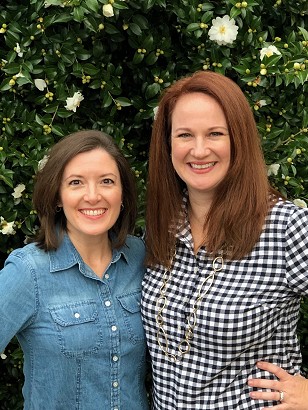 Field Day Music Fest was a vision born between two close friends, Stacy Hartmann and Katie Pernell. Stacy had a history of creating unique and amazing event experiences to raise funds for various non-profits in our community and her next idea involved a family-friendly music event. Knowing that Katie had recently lost her mother to cancer and was looking for a way to honor her, Stacy shared her plan.

While explaining the fundraising idea to friends, Stacy realized she had been calling the outdoor event “Field Day” and immediately the group agreed that this would be perfect for Katie’s foundation. Katie’s late mother’s name was Judy Field; from that day on, Field Day became more than just an event, but a cause.

Judy Field passed away from pancreatic cancer in 2014. Since her passing, Katie and her family set up a memorial foundation in her name. It is the mission of the Judy Field Memorial Foundation to give back to community members affected by pancreatic cancer, as well as investing in research to help with prevention of the disease. 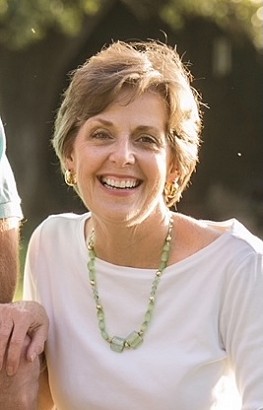 The Judy Field Memorial Foundation was started by the late Judy Field’s family for the purpose of raising funds and awareness for pancreatic cancer. Judy was a vibrant member of the Tallahassee community, involved with her church, garden club, and interior design business. She was a wonderful wife, mother, grandmother, sister, and friend. Judy fought a tough battle for over two years before succumbing to the disease in 2014 at the age of 62.

Unfortunately, there are many others like Judy. Both the lack of early detection or effective treatment options for the disease contributes to the rising numbers of diagnoses and deaths from pancreatic cancer. According to the Cancer Statistics 2022 report, pancreatic cancer has surpassed breast cancer to become the third leading cause of cancer-related deaths in the United States. The five-year survival rate for pancreatic cancer is 11 percent, making it the lowest survival rate of any major cancer. The Judy Field Memorial Foundation is determined to make an impact on the pancreatic cancer community.

friend of the foundation

thanks to our sponsors!